Around 800,000 small businesses are yet to enrol into the Government’s flagship pension scheme, new figures have revealed.

The Pensions Regulator, which published the report, said nearly eight million employees are now saving into a workplace pension, but thousands of employers remain non-compliant.

Launched in October 2012, “auto-enrolment” requires all employers – no matter if you have one employee or one thousand – to set up a workplace pension scheme. Depending on the size of the business, employers were given a staging date between 2012 and February 2018 to enrol their employees.

Businesses found to be non-compliant have either been issued with a Fixed Penalty Notice (FPN) or an Escalating Penalty Notice (EPN). Those receiving the latter have been publicly named and shamed on the Pensions Regulator website.

However, businesses who fail to pay an EPN face huge penalties of up to £52,500.

The Pensions Regulator warned that new businesses which start trading from October 2017 will have instant pension responsibilities.

Charles Counsell, executive director of Automatic Enrolment, said: “Employers who wilfully refuse to become compliant should be in no doubt that we will take enforcement action against them.

“Automatic enrolment is not an option, it is the law. Allowing some employers to get away with non-compliance is not fair on the employees who are denied the workplace pensions they are entitled to and is not fair on the vast majority of businesses who have taken the time to meet their responsibilities.

“To date we have only had to bring court proceedings against a tiny proportion of employers, but every court case is one too many – and one that employers can easily avoid by becoming compliant.”

Don’t pay more tax
than you need to 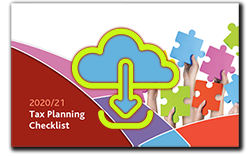 Register for our newswire

Our regular Newswire mailings are designed to keep you up to date with the latest industry news and events. 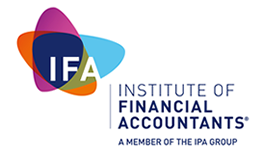 Exactly two years since the first lockdown was announced, the eyes of the public were firmly...